“Fouling” describes the growth of solids in the water by microbial, plant and animal sessile organisms.

In shipping, this growth represents a major problem increase with increasing “fouling” is friction and weight of a ship, which will reduce speed and maneuverability. As a result, increase fuel consumption, CO2 emissions and finally the operating costs. Furthermore, accelerated “fouling” the surface corrosion. The growth risk generally increases with increasing temperature and salinity, slow operating speeds and longer inpatient hospital stays. 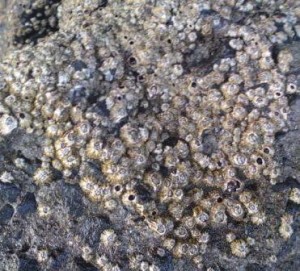 There are now a wide range of antifouling paint or slowing-called “antifouling”. Many of these paintings were due, already banned because of its polluting properties, often by high heavy metal content, such as TBT (tributyltin). Other approaches are biocides, self-polishing antifouling based on silicone, Teflon non-stick coatings, etc., but these are often very harmful to the environment or impact on the environment are not yet sufficiently investigated. Bionic approaches such as the imitation of shark skin or guarantee the lotus effect as yet no complete fouling.

The aim is to develop an effective, biologically neutral “antifouling” coatings for ships.

To test the effectiveness of newly developed “antifouling” coatings, it is essential to install a realistic experimental setup as possible, in the same natural conditions are like in the future use environment of the product. For this, the “Lake Constance ecosystem” were largely reproduced in a 450l tank.

For descriptions and pictures to enlarge..